Get More ROI from Your Foreign Marketing Strategy

Or: How to Leverage Locally-Sourced Writing & Translation

“No two languages are ever sufficiently similar to be considered as representing the same social reality.”

The quote above is from Edward Sapir, one of the foremost American anthropologists and linguists. In short, it explains why when my Londonian friend told me:

“I was on the underground heading back to my flat, when I realised I only had one trainer on! What a wally I am!”

To which I, a Canadian, replied “Huh? You did what now?”

That’s of course because the way people express themselves in one place cannot always be accurately transposed elsewhere. This is true when translating from one language to another (e.g. English to French), but also within the same language, such as British to American English, or French from France to French Canadian. 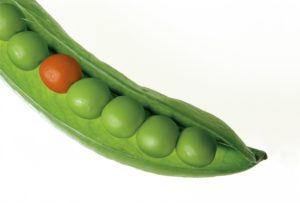 For instance, most French-Canadians–and certainly Quebecers–can spot right away what was obviously written in France, especially in spoken TV and radio ads, but also on websites and print. To list some discrepancies here, in an English blog post, would be tedious, and surely incomprehensible to many readers. However, you will find plenty of examples in the French version of this post.

Granted, the differences can be very subtle, and in the context of business marketing, are not necessarily deal breakers.

When your brand is trying to connect with its target market and appeal to customers on an emotional level, the most minute gaps in linguistic idiosyncrasies (read: slimmest differences between languages) can hinder or ruin your efforts in fostering a sense of proximity.

Moving beyond the catchphrase

Marketing and branding is now all about storytelling and conversations, about captivating people and keeping them interested. We even call our target markets an “audience”. The catch phrase is merely a way in that can easily become a way out; if the content is not up to par, then the charm is broken and you’ve lost your audience. 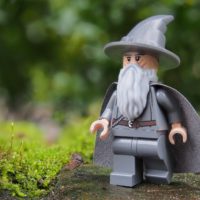 That’s why marketing campaigns cannot afford to get the writing wrong. One mistake businesses make is trying to save money by not adapting their content, because “the product remains the same.” That may be so, but the presentation mustn’t be. Same language, perhaps, but different cultures – and with that comes different nuances and turns of phrase. It’s true: adaptation costs money, but the ROI is well worth it.

Successful copywriting and adaptation – also called transcreation in this context – is generally remodeled locally. Beyond the obvious signs revealed through spelling or expressions, there are various subtle differences in the structure of sentences and even in the level of familiarity that can betray where the content was written, and by whom. Not to mention all the cultural references.

Suffice it to say, these differences “taint the tone” of your marketing message, making it sound inauthentic or distant, thus driving customers away, and leaving the conversation. And well, you don’t want that.

About the Author: André

André is an in-house translator at LAT! He is a man of few words. So he likes to choose them carefully. He strives for simplicity and effectiveness in his writing, be it original copy or in translation. Maybe that is why he mostly does content advertising, marketing and packaging work. André is also a very humorous man.
STAY IN TOUCH
RSS
SUBSCRIBE