If you’re thinking of doing business in Canada, you already know about the country’s official languages: English and French. But did you know that the province of Quebec is where most of Canada’s 7.5 Million French-speakers live?

If you’ve invested in meeting Canada’s language requirements for your labels and packaging, it makes sense to go the extra mile and localize your marketing strategy for Quebec and make the most of this important market.

If you’re looking to sell in Canada, Quebec’s unique linguistic and cultural characteristics can be your best advantage. If you invest a bit of time and effort into a well localized marketing strategy, you’ll find that doing business in Quebec pays off.

Think of it this way: if you’re trying to expand to Canada, ignoring Quebec would be like marketing in the U.S. but ignoring California, New York and Florida, which together constitute a similar percentage of the overall population.

With 25% of the Canadian population, the province includes one of North America’s largest, most vibrant markets (Montreal); world-class universities; a high standard of living; cutting-edge technology; and a diverse, highly-educated workforce. 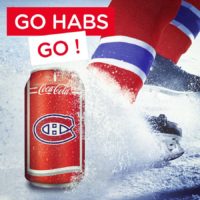 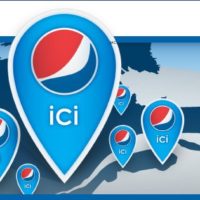 Both Coca-Cola and Pepsi have localized their marketing strategies to reach Quebec audiences: Coca-Cola has tied into the province’s love of the Montreal Canadiens hockey club, using the familiar “Go Habs Go” chant used by both Francophones and Anglophones. Pepsi sponsored a series of shows and events throughout the province in the summer of 2014, using the “Ici” (“Here”) tagline, on a map of Quebec.

In general, Canadians are proud of their country’s bilingualism, even if not everyone speaks both languages. While English is the first language of a larger percentage of Canadians, French is not a “secondary” or “lesser” language. All products are required to have packaging and instructions in both official languages, regardless of where they are sold. 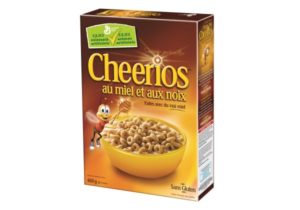 All products sold in Canada must give equal weight to the French language on their packaging. While some products will have the French text on the same side as the English side, General Mills uses a French-language “clone” on the reverse side of its Honey Nut Cheerios box.

While English and French-speaking Canadians share certain characteristics, they also have many cultural differences, meaning they can’t be marketed to identically. It’s worth the effort to learn about these differences and adapt your marketing approach accordingly.

Check back next week for part two, to learn about these crucial differences to consider in your marketing strategy.

[1] This page from EducaLoi gives a good overview, and this document from the Quebec government (in English) goes more in-depth.

About the Author: Hoffman Wolff

Hoffman is a business development strategist, with an MBA from Université Laval, Quebec. He's a citizen of both the US and Canada.
STAY IN TOUCH
RSS
SUBSCRIBE