In China, almost everyone is on WeChat or Weibo. So, it’s not surprising that local Chinese residents are very active on these platforms, in order to connect with each other and keep up with their communities. Politicians and celebrities have come to realize the importance of these platforms when engaging with Chinese demographics.

Western politicians have taken to using Chinese social media to connect with potential voters. In countries with large Chinese populations, gaining the Chinese vote can be key to getting politicians elected, and WeChat and Weibo are the way to go when building connections.

For example, Canada has a Chinese population of nearly 2 million people. For Canadian politicians, reaching Chinese voters is essential. As former New Democratic Party leader Thomas Mulcaire put it, Chinese social media is “a way to connect with [Chinese people] directly and hear the issues they face.” Mulcaire started a Weibo account in 2013, allowing him to talk to potential voters and gain their support for his leadership.

Chinese people are also generally more active on social media than other groups. When then-City of Vancouver Mayor Gregor Robertson created his Weibo account 14,000 users followed him in the first 24 hours!

Addressing issues on Chinese social media can also be a great way for politicians to gain support. A good example is BC MLA David Eby, whose speculation tax on housing was unpopular with Chinese voters. Negative conversation about the housing tax was common on Chinese channels, potentially damaging his political aspirations. We helped him engage with his constituents on WeChat, creating an official account and a discussion group in which people could talk about various topics and ask Eby questions. This helped convert skeptical voters into supporters, and dispelled many misunderstandings about the tax.

Famous individuals have also joined Chinese social media to huge responses from Chinese fans. World-renowned British scientist Stephen Hawking opened an account on Weibo, and Chinese fans were instantly drawn to him because he offered something compelling and unique.

People were thrilled they could talk to Hawking directly and get to know him better, as he had always been an inspirational figure to them. One follower commented that following Hawking’s Weibo made him feel connected with the universe. 76,000 people agreed with this user by giving this comment a thumbs up!

Bill Gates enjoyed a similar reaction when he joined WeChat. In an opening video to his fans, he explained that he intended to publish a blog series in which he would share thoughts about people he meets, the books he’s reading, and the things the’s learning. Followers loved that Gates’ account would produce unique, quality content instead of just advertising to Chinese fans. 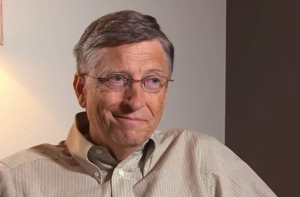 Of course, not everyone has the same international fame as Stephan Hawking and Bill Gates. For lesser known celebrities, connecting in a genuine way is key. Neil Bush, who had 5,000 followers on Twitter, amassed over 134, 000 followers on Weibo. Why? He was genuinely invested in his account, posting nearly daily pictures, inspirational quotes and personal thoughts. 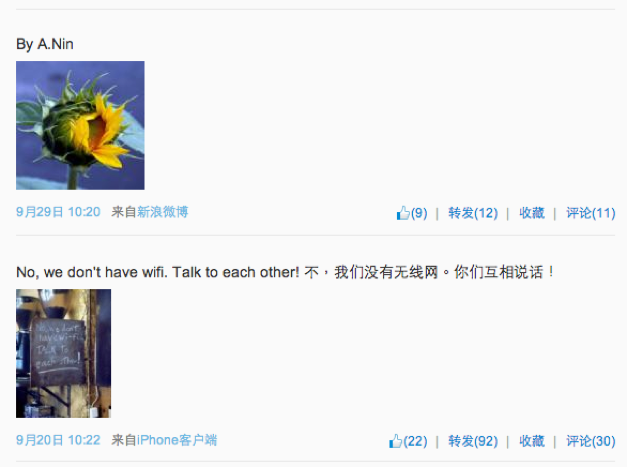 WeChat and Weibo are also appealing for celebrities who work in the film and TV industry. Chinese social media is a great way to advertise films to Chinese people and redirect them to video-streaming sites like Tencent Video. These video sites are more important and frequented than other channels like DVD sales and cinema releases in China.

Recently, Hollywood has been making a major play for the Chinese market. According to a recent report by the Motion Picture Association of America, China is now the second-largest box office market in the world. As a result, developing an online presence for Western celebrities allows them to reach this huge market.

How do they maintain their accounts?

Though most celebrities’ Chinese social media is run by marketing agencies, it’s important that these social media accounts have a personal feel and connect with their Chinese audiences.

Avril Lavigne’s posts on Weibo are taken directly from her Twitter account, with the original English post being translated into Chinese. However, it’s important that celebrities create personal posts directed specifically towards Chinese audiences. Otherwise, the celebrity’s Chinese audience will feel like they’re just an after-thought.

The risk of only posting sometimes

On any social channel, it’s important to commit to posting regularly, not just during election campaigns or box-office releases. During his 2015 election campaign, Prime Minister Justin Trudeau started WeChat and Weibo accounts to connect with Chinese voters but stopped posting after the elections. It’s worth noting that social media needs to be about building relationships over the long-term, not just in the short-term for sales or votes. 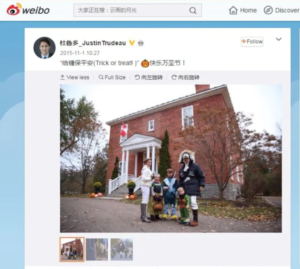 Establishing a presence on Chinese social media is an essential step to reach Chinese demographics in Canada, as well as abroad. With an understanding of Chinese culture, a genuine desire for connection, and a good translation and marketing team, it will be highly rewarding! We can help.

About the Author: Talia Holy

Talia is a Content Writer at LAT. When she’s not writing, she can be found petting neighbourhood cats, drinking tea, and researching the Canadian legal system. Born and raised in Vancouver, she is currently studying political science at the University of Toronto.
STAY IN TOUCH
RSS
SUBSCRIBE