Three Tips to Help Position Your Brand on the Chinese Market

Costco opened its flagship store on Tmall and is preparing to participate in the 11.11 singles’ day sale. Are you thinking about expanding your business to the Chinese market? Using Costco as an example, here are three tips about what foreign brands should consider when adapting their marketing strategy for the Chinese market.

Have A Meaningful Name in Chinese

Costco is using a Chinese name “好事多” which means “many good things happen” in Chinese and sounds quite a lot like “Costco”. For foreign companies aiming to sell in China or to local Chinese consumers, a well-translated and adapted name gives the best first impression of the company. 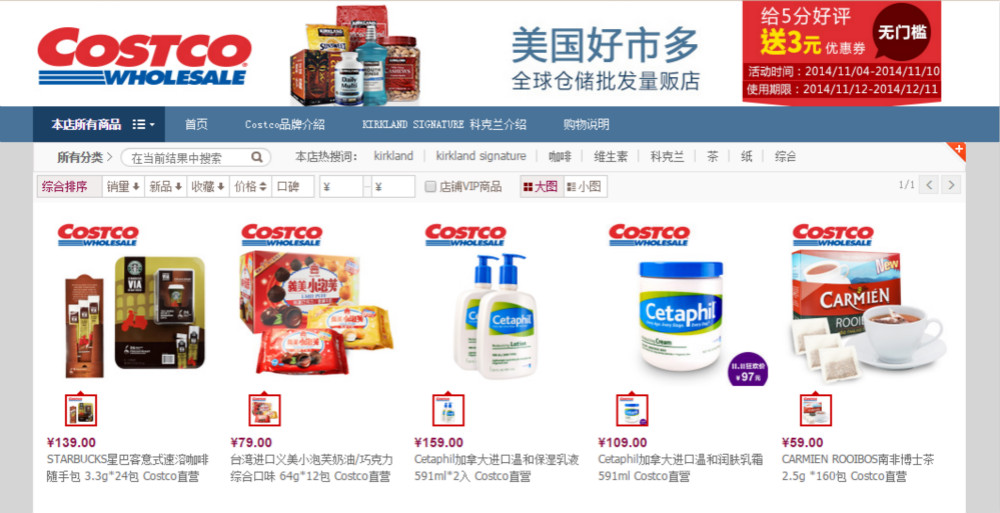 Adapting your marketing strategy for the Chinese market

Free membership and offering discounts is a big catch to attract Chinese consumers. As some of you may know, at the beginning of the Taobao vs. eBay battle, one reason Taobao won is because it’s free to open a store and list products while eBay charges a fee. A deep understanding of consumers’ behavior is very important in crafting a marketing strategy. 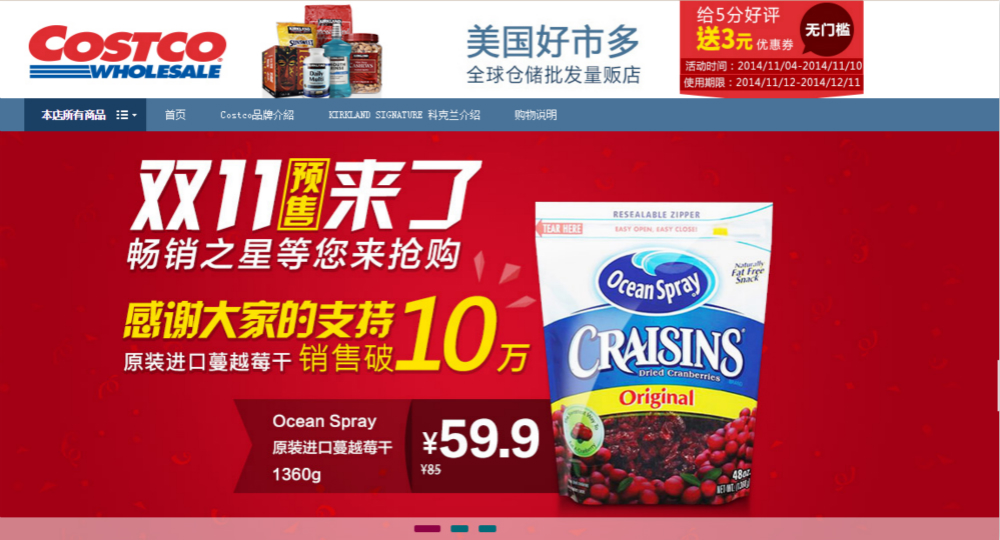 Costco 11.11 Tmall’s sales event poster
Aside from waving its mandatory membership fees for items sold on T-mall, Costco is also going to participate in the coming 11.11 singles day sales event. This means part of all their Tmall items are going to be offered on discount. For example, the number of paid pre-orders of Ocean Spray Craisins is exceeding 90,000 bags and the mixed nuts are exceeding 90,000 items. To learn more about the Tmall 11.11 event, see my previous blog here: https://bit.ly/1DTJrJ6

Before opening its first flagship store on Tmall, Costco had absolutely no presence in Mainland China. As we all know, it is very risky to sell online before building brand awareness, but Costco has so far been experiencing huge success. A possible reason for their success is that Costco is a well-known brand among Chinese customers outside China. For example in Vancouver, a lot of Chinese immigrants not only shop at Costco but also bring products back to China as gifts. This word-of-mouth strategy effectively builds brand awareness not only in the local Chinese customers in North America, but also helps build trust with customers in China.

Want to learn more about positioning your brand for the Chinese market?

About the Author: Lesley Ning

Lesley is specialized in managing social accounts and activities on various Chinese social media platforms. With a love for statistical analysis and digital marketing, she leverages a wealth of data resources to maximize the efficiency of our cultural marketing services.
STAY IN TOUCH
RSS
SUBSCRIBE