With Mother’s Day fast approaching, I decided to survey our global team of translators to learn about the role of the mother in various locations. We asked for comments or quotes that reflect their cultural perspective. With responses from Italy to India, here is a look at Mother’s Day around the world.

In North America, Mother’s Day originated after the American Civil War, when women’s peace groups wanted to establish it. However, it was not until the Twentieth-Century that it was successfully founded by Anna Jarvis. [1] 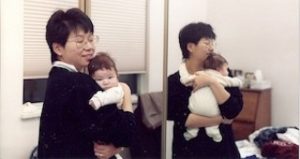 Here, people like my Mom and I (top right) celebrate every year on the second Sunday of every May. North American staples include giving gifts such as flowers, in particular carnations, chocolates, jewelry, and the popular Mother’s Day brunch

Mothers ultimately raise their kids to be independent, which is a reflection of the individualist ideals of North American culture.

Mother’s Day is full of joy in Hong Kong. The celebration usually consists of going out to dinner, although some moms prefer eating a simple meal at home with their children.

French Mother’s Day first began in 1906. It was later organized in Lyon in 1918 in response to the mothers who lost their sons during the First World War. In 1950 the date was officially set as the last Sunday in May [2]. There are similarities between France and North America, as both cultures focus on giving children independence later on in life.

Currently travelling, Hacène was also able to provide information on the role of the mother in Uruguay.

“A mother is not a person you can rely on, but a person that makes sure you don’t need to rely on anyone.”

The mother is absolutely central to the family, so much so that there isn’t a Mother’s Day..there’s an entire Mother’s Month! Mothers are celebrated throughout the entire month of May in Uruguay.

From Ursual Bolour, our German translator.

“If you still have a mother, thank God for it and be content…From the first day she worried about you, she kissed you goodnight and woke you up with a kiss…when you were sick she cared for you…And if everyone else gave up on you – she never did.”

German mothers are the nurturers who provide unconditional love. Mother’s Day is celebrated with flowers and chocolate, in particular “Pralinen” are quite popular. Recently, the wellness industry has grown because of those wanting to celebrate their mothers’ health.

Children will make “basteln” for their “Mutti”. These can be cards, nice poems, paintings, etc. The focus is on personal, hand-made items or hand-picked flowers from the garden.

From Christina, our Portuguese translator.

In Brazil, Mother’s Day is celebrated on the second Sunday of May (similar to North America). Mothers in Brazil are very influential on their children and are extremely affectionate.

From Claudia, our Italian translator.

“No woman can make it better than Mom”

In Italian life and culture, the ‘mamma’ is the family leader. Although an Italian mother would be very happy that her children, especially her sons, gained independence, she would be much happier if they remained with her. In Italy it is quite common for men to want to stay with their mothers for as long as they can.

“To understand your parents’ love, you have to raise your own children” – Chinese Proverb

Hazel says that after the birth of her first child, she came to understand the Chinese proverb (above). When reflecting on her own role as a mother, she first thanks and blesses her own mother. Chinese culture focuses on respect for your elders and a sense of generation.

From Lokayata and Paresh, our Punjabi and Indian translators

“Mother is a creator”

In Indian and Punjabi culture, a mother’s place is next to God; respecting one’s mother is the same as worshipping God. A Mother’s love is like cool shade on a hot summer day. 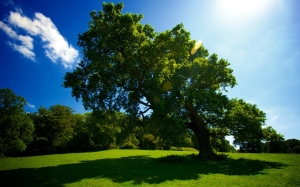 From Ahmed, our Arabic translator

“Mother: the most beautiful word on the lips of mankind” – Kahlil Gibran

Mother’s Day in Egypt varies from other cultures because it occures on March 21. Egyptian mothers are quite important because they are seen as the source of enlightenment and community. They remain close to their children; wanting the children to stay with them even after marriage.

In recent years, Mother’s Day has become quite well known in Vietnam. It is celebrated on the second Sunday in May, but Vietnam has other days to honour mothers. Examples include the Vu Lan ceremony, International Women’s Day (March 8) and Vietnam’s Womens Day.

“The best things you get, you get from your mother”

Mother’s Day is celebrated on May 26 in Poland. The “Matka Polka” (Polish mother) is hard working; she cares for the home and the children.

Please help me make this blog ongoing, add your own perspective from your part of the world. How do you celebrate Mother’s Day?