The stunning popularity of sites such as Facebook, YouTube, and Twitter cannot be denied. They are not only changing the ways we interact, but the way in which we use language. Scroll through any Facebook news feed and you will see your fair share of LOLs and OMGs…this new form of shorthand is perfectly understandable to a new generation that has grown up on technology. In a world where expression is limited to 140 characters or less, people are learning to adapt their language to fit the current times.

This blog was only published a few years ago, but doesn’t it already sound incredibly outdated? Whereas I previously traced the evolution of the English language from Old English to the modern day, it’s worth now considering the many ways in which the language has changed in the past few years alone.

First, let’s consider the platforms. Sure, Facebook, YouTube, and Twitter haven’t gone the way of MySpace, but if you were going to list the most dominant platforms are those the ones you would choose? Facebook is still huge, but if I was writing this blog again (which, hey, I am!), I would be remiss if I didn’t mention the newer players like Instagram, Vine, and SnapChat. While it’s natural that there will always be new up-and-coming social media platforms, it’s interesting to see what has truly taken off since the days of Facebook and Twitter. It’s not a secret that Instagram, Vine, and SnapChat all share one key thing in common: they are heavily visual platforms. Photos and videos have become essential aspects of social media. It is more important than ever for brands to have a strong visual branding strategy, and this will only become truer in the coming years. 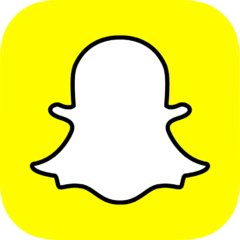 Another aspect of these visual platforms is their transience. From SnapChat’s ten-seconds-and-it’s-gone structure to six second Vines, if you’re active on these platforms you need to master the art of capturing people’s attention quickly. Even Instagram is getting in on this structure with Boomerang, which allows you to share one second videos. Perhaps one of the biggest challenges surrounding this new trend is the fact that it’s coming from the world of social media and thus needs to meet one of social media marketing’s key requirements: telling a story. With a world full of banners and sponsored content, social media users have become very good at filtering out explicit online advertising. Since traditional advertising won’t be effective on social media, brands need to create genuine and authentic content, which is best done by presenting a narrative that users can connect with. If you thought it was a challenge to do this in a single Facebook post, or a 140-character tweet, now think about doing it in the matter of a few seconds of video. Sure the visual component helps, but the strict time limit is forcing brands to reconsider the way stories are told.

Let’s consider something else: the idea that LOLs and OMGs are the basis of digital communication. While this slang is still used and understood, it’s not exactly the latest thing. Instead, the past few years have seen the rise of, you guessed it, the emoji. Need proof? The OED’s word of the year in 2015 was, for the first time ever, an emoji. ?, or ‘Face with Tears of Joy’ was chosen as “the ‘word’ that best reflected the ethos, mood, and preoccupations of 2015” [1]. Brands need to have a strong understanding of how emojis work – if they don’t, it can be disastrous. An example? When emojis were updated to feature multiple skin colours, Clorox tweeted the infamous “New emojis are alright, but where’s the bleach”. While the tweet didn’t explicitly misuse an emoji, it was immediately condemned for its racist undertones and reflected an overall misunderstanding of the significance of emojis in this context. Quickly addressing this mistake, the brand issued a follow up tweet, but the damage was already done. 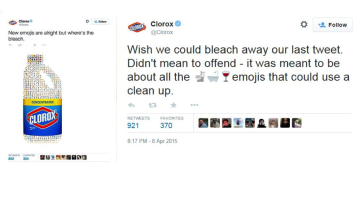 It’s no coincidence that slang, just like social platforms themselves, have shifted towards the visual. The past few years of language evolution have interestingly seen a drastic turn away from language as we have commonly understood it for hundreds of years. Words certainly aren’t disappearing, but it cannot be overstated that visual is now key. Is it cliché to say that a picture is worth a thousand words? Of course, but that message is essential to understanding why image-based communication has emerged so definitively over the past few years. It’s worth returning once more to my previous statement that “In a world where expression is limited to 140 characters or less, people are learning to adapt their language to fit the current times”. This adaptation has taken the form of image-based communication because we are learning to communicate more and more with less and less time (and attention spans!).

So, what’s a marketer to do? As communication continues to evolve, so must your strategy. While the trends and platforms are always changing, there is one thing that remains constant: understanding your audience and creating localized content is the key to success. Whether it be an on-trend Snap, or finding the perfect emoji for your latest tweet, adapting your brand’s message to your various target demographics will help you develop a personal relationship with your followers and build trust. No matter the content, taking the time to reach out with a strong cultural marketing strategy works to establish your brand as a storyteller with a narrative that resonates with your audience.

Emily is a social media marketer and content manager who loves connecting communities. She was born and raised in Vancouver, Canada, where she completed an English Literature degree at the University of British Columbia. Though she loves exploring beaches and trails with her mini schnauzer, Marlowe, she left her life in rainy Vancouver for a new adventure in equally rainy London. When she isn't searching for the best reading nook in the city, she can be found seeking new cultural experiences. Above all else, Emily believes in the power of language and storytelling.
STAY IN TOUCH
RSS
SUBSCRIBE